10 Most Incredible Sculptures In Italy

10 Most Incredible Sculptures In Italy – BillboardTop10

Italy is home to some of the world’s most incredible art thanks to it’s rich history and of course the Renaissance. Sculptors like Michelangelo Buonarotti used inspiration from the Bible to human nature as they carved the marvelous works of art that still remain for tourists and art enthusiasts to visit. These attractions have become some of the most celebrated pieces in the world with many of them calling Italy their home. We decided to compile the 10 Most Incredible Sculptures in Italy for those looking for an enriching artistic experience while walking the streets of the country.

The David is perhaps one of the most famous sculptures that can be found in Florence, Italy. Every year thousands of tourists flock to the city to take a look at the marvelous piece of art from one of the Renaissance’s most renown artists. It towers over humans thanks to it’s 17-foot stature and is carved of marble. 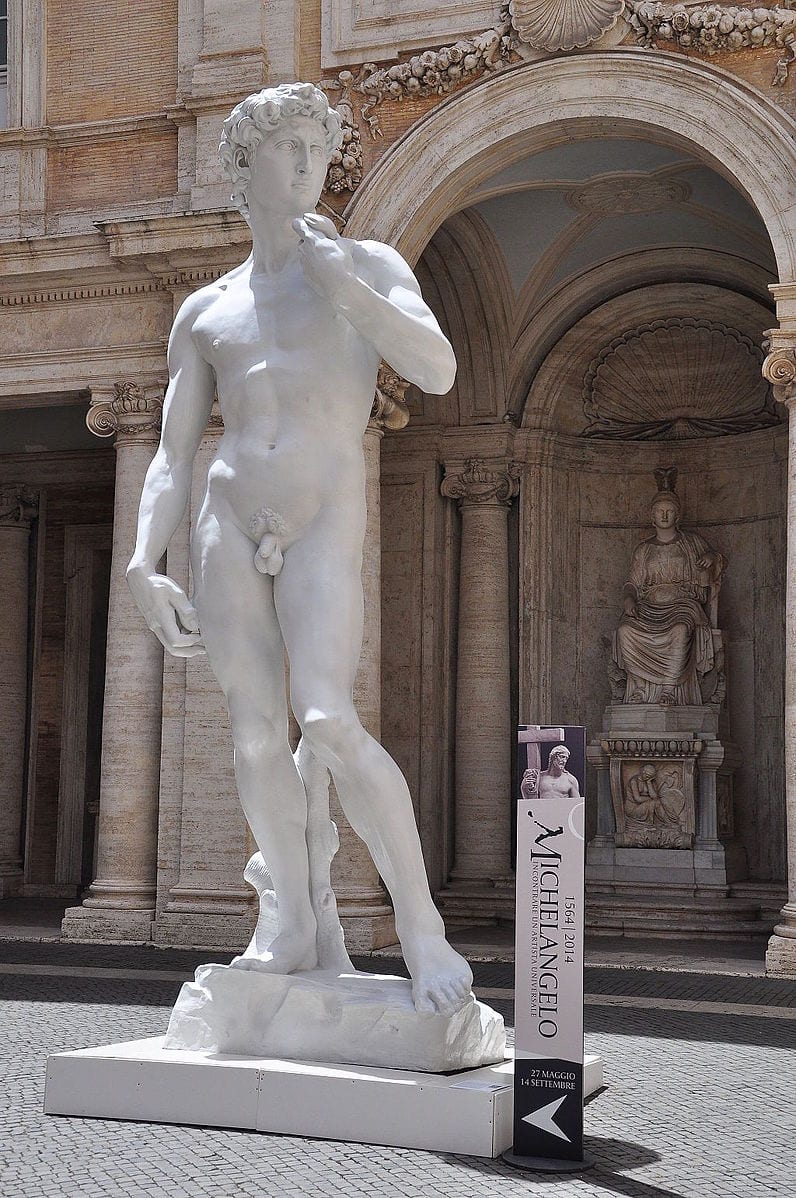 While discussing some of Michelangelo’s best works, it’s hard not to consider the Pieta. Like the David, the Pieta is also sculpted from marble and depicts Jesus in the arms of Mary. It is located in St. Peter’s Basilica, Vatican City and remains one of the most spiritually moving pieces that Michelangelo has ever completed. 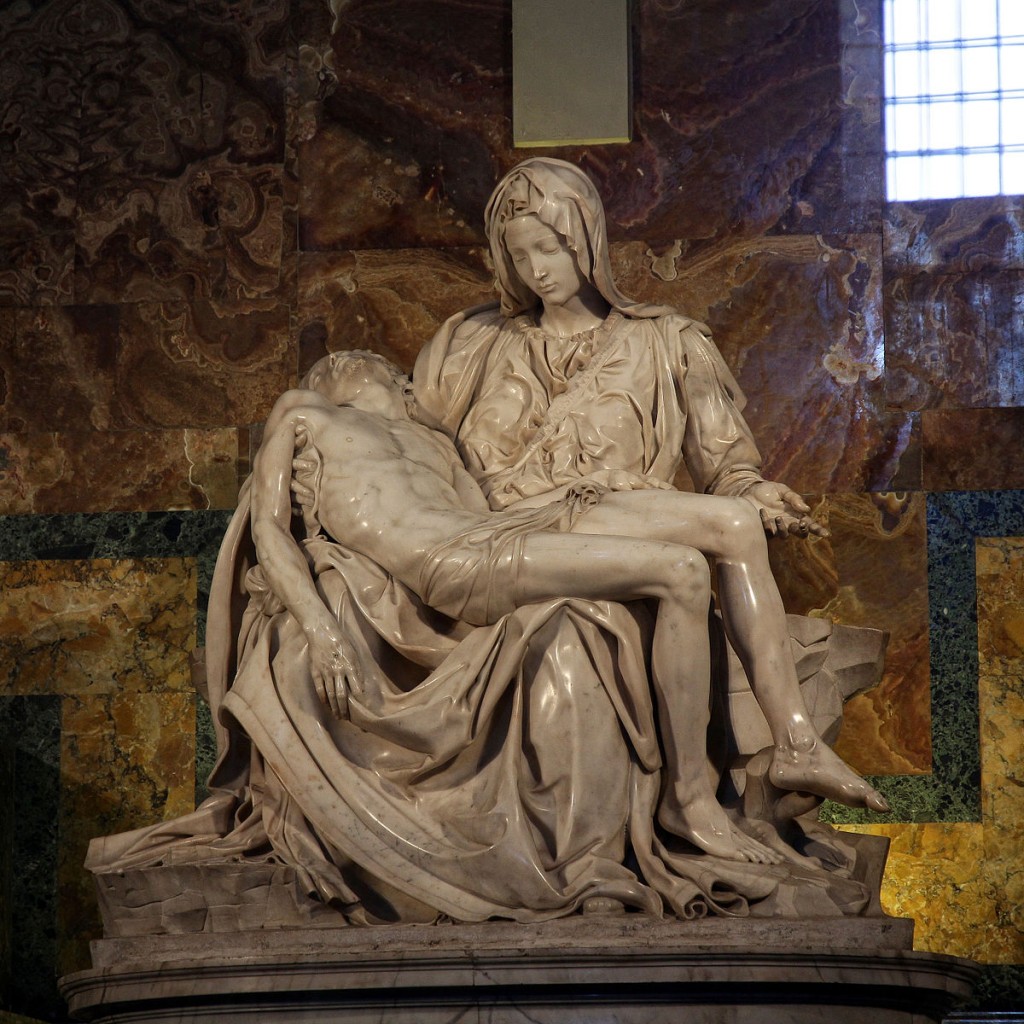 Cristo Della Minerva or Christ the Redeemer, happens to be another one of Michelangelo’s brilliant sculptures and it resides in the Santa Maria sopra Minerva church in Rome. It stands 81 inches tall and is one of the highest regarded pieces in the region. 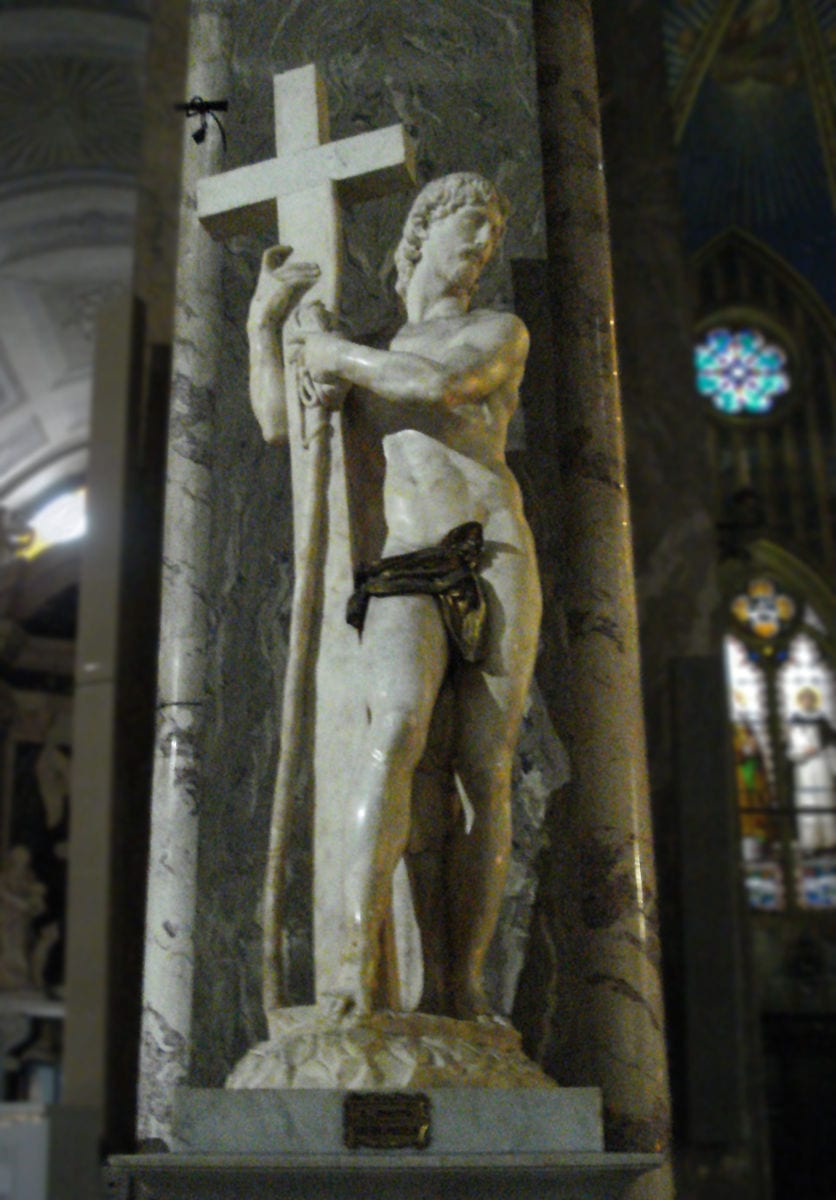 7. Hercules and Cacus by Bartolommeo Bandinelli

Bandinelli’s Hercules and Cacus can be found near in the Piazza della Signoria, Florence, Italy. The 16-foot sculpture continues to captivate tourists as it was originally supposed to be sculpted by Michelangelo, however it was passed on to Bandinelli to the dismay of Girgio Vasari and Benvenuto Cellini. 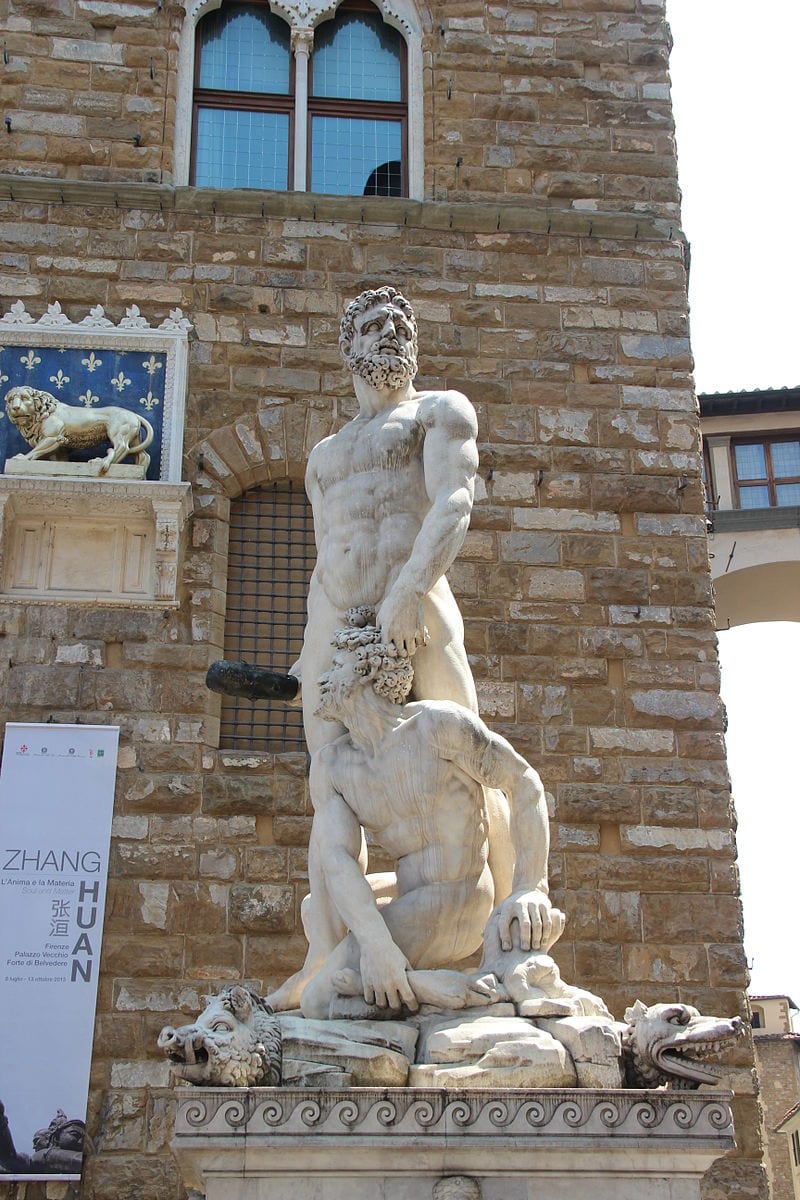 6. The Crucifix by Michelangelo

The Crucifix is yet another biblical offering from the master Michelangelo. It is located in Santa Maria del Santo Spirito di Firenze, Florence and is said to have been produced when Michelangelo was quite. It stands approximately 4-feet 6-inches tall and features what is now a common and painful image from the biblical times. 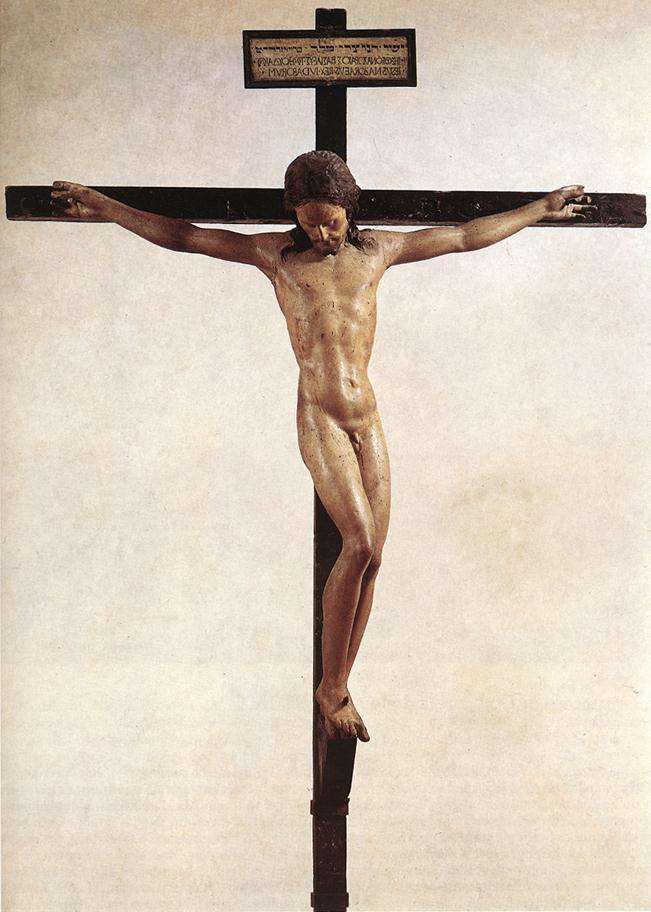 Continuing the biblical onslaught of sculptures is the Moses from yes, you guessed it, Michelangelo. The sculpture can be found in the San Pietro in Vincoli church in Rome. It’s another intricate sculpture with obvious attention to detail from the folds in the the clothing to the curls in Moses’ hair. 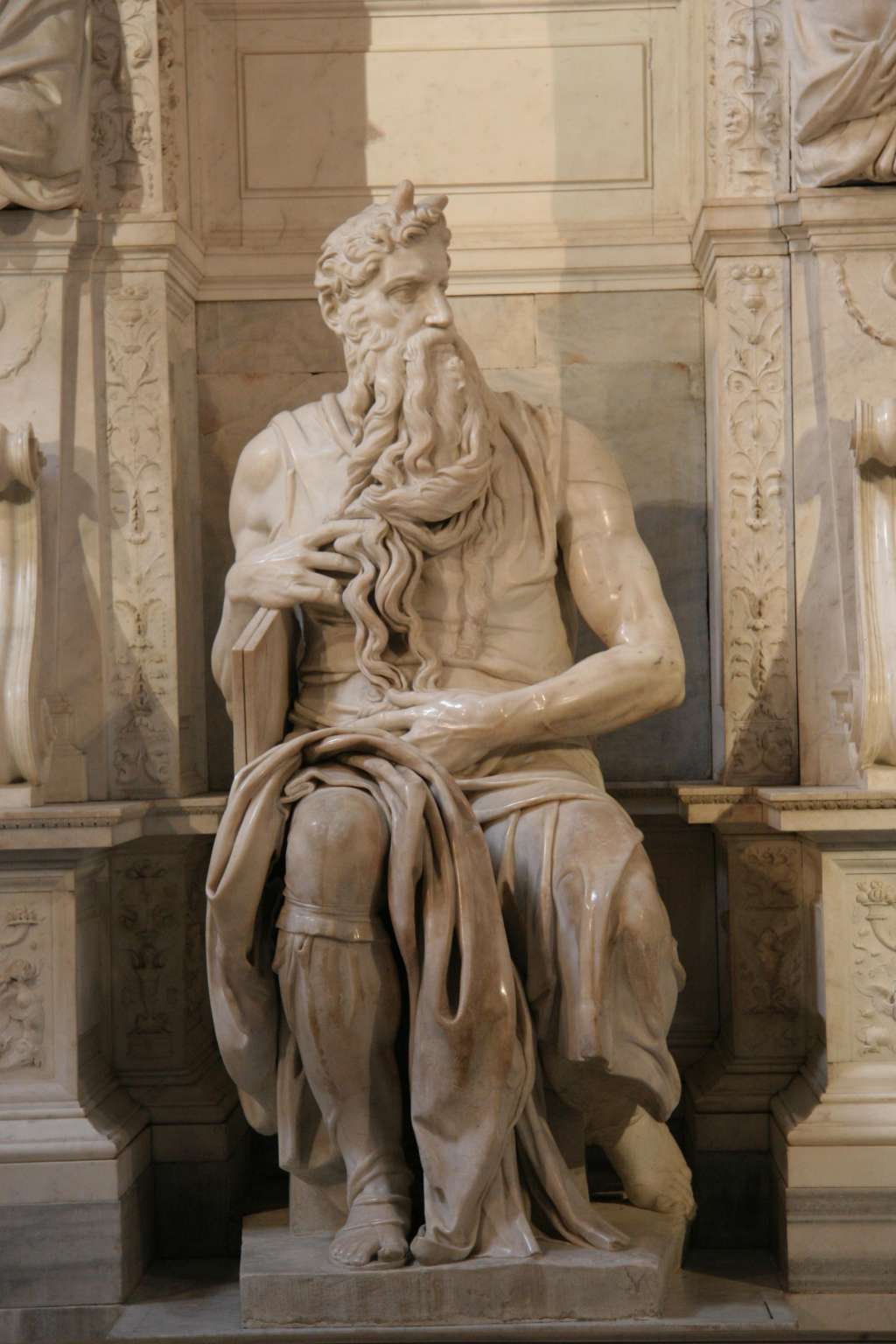 Michelangelo’s St. Petronius can be found in the Basilica of San Domenico in Bologna, Italy. It’s one of his smaller pieces and it’s location shows that Michelangelo’s art wasn’t restricted to Florence or Rome. At 64 cm, the sculpture is still a masterpiece that is worth a visit. 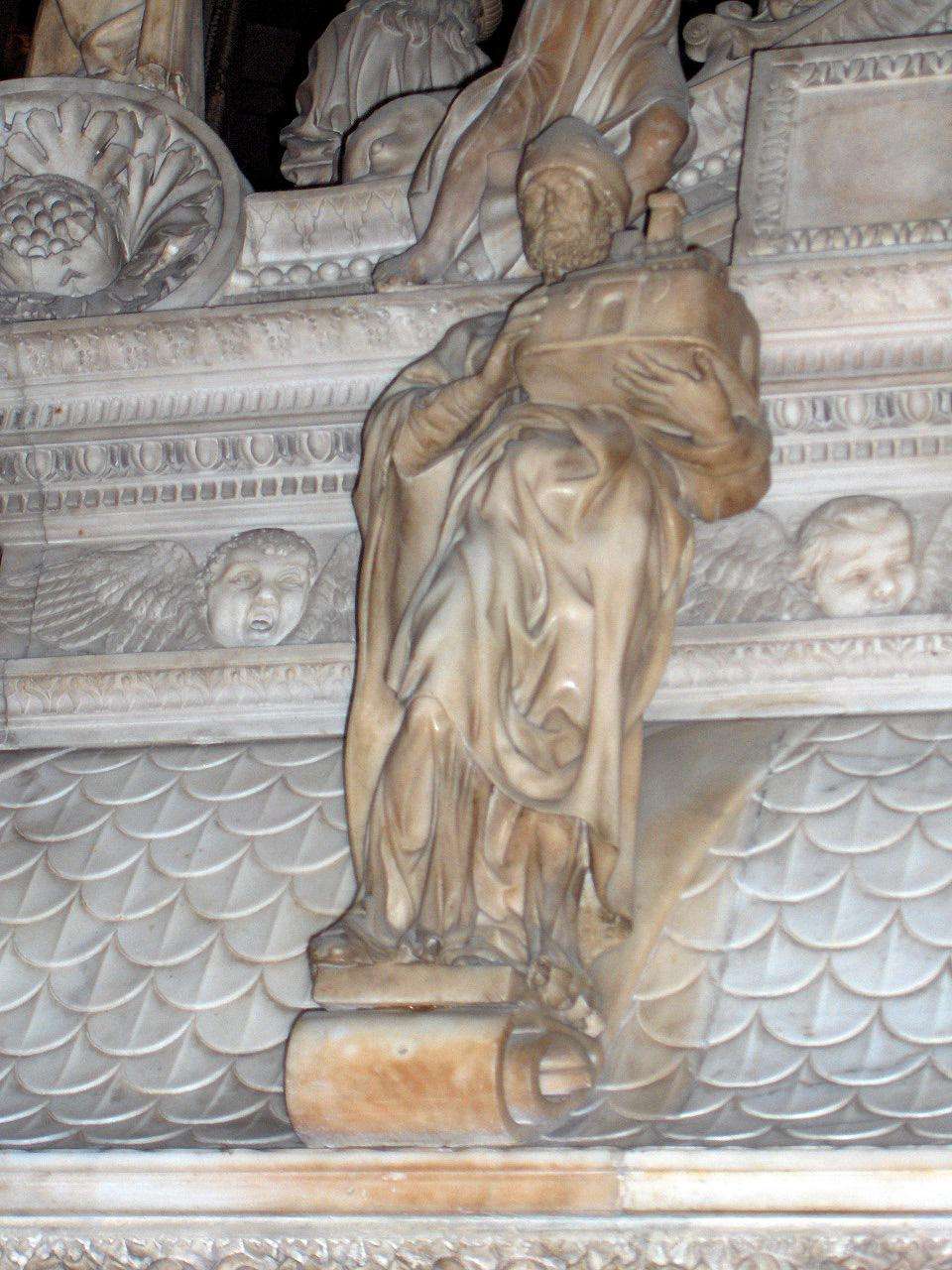 3. Judith and Holofernes by Donatello

The Renaissance wasn’t just reserved for Michelangelo. In fact Donato di Niccolò di Betto Bardi or Donatello as he is most popularly known today, was also one of the master sculptors of the time and produced the Judith and Holofernes that can be found in the Plazzo Vecchio in Florence, Italy. Depicted in the sculpture is Judith’s assassination of Holofernes. 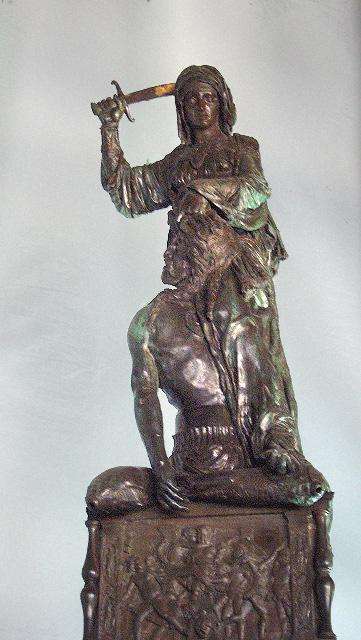 2. The Deposition by Michelangelo

Michelangelo continues his biblical masterpieces by capturing the moment that Jesus Christ was taken down from the cross in The Deposition. The piece can be found on display at the Museo dell’Opera del Duomo in Florence, Italy. 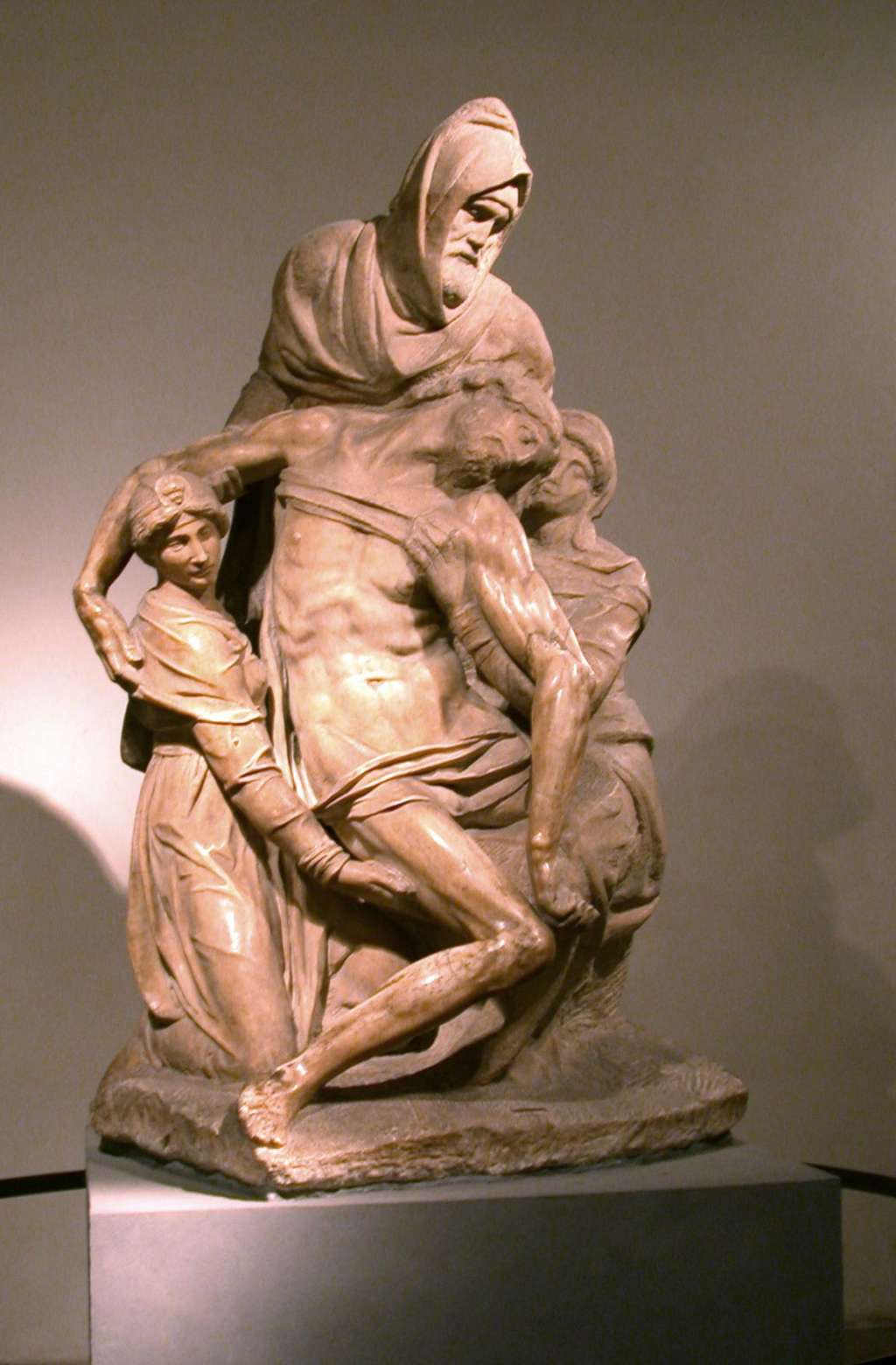 The list ends with a bit of mystery. The Dying Gaul on display in the The Capitoline Museums in Rome, Italy, is said to be a marble copy. There is no documentation as to who actually completed the sculpture and it is still one of the most magnificent pieces of art in Italy. 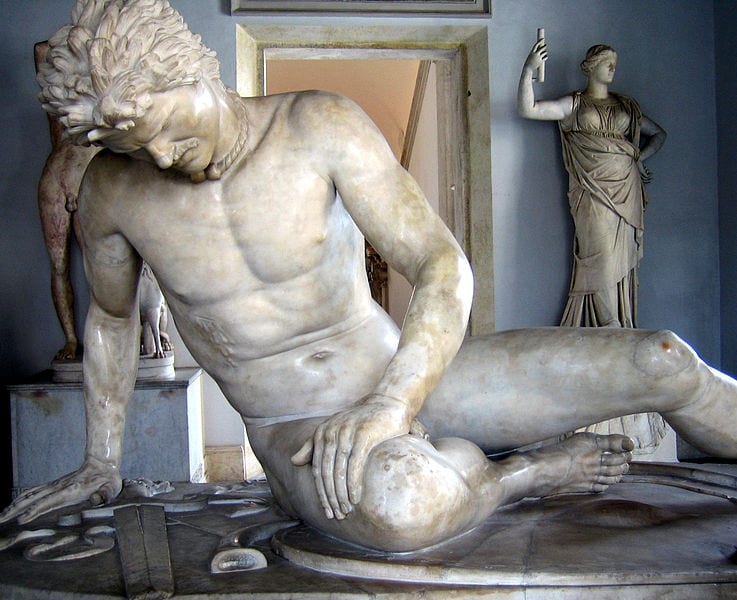