10 Most Venomous Snakes in the World

10 Most Venomous Snakes in the World

Do you know the most dangerous snakes found worldwide? While other poisonous animals can hurt you by eating or touching them, these venomous snakes can inject you with their venom and can kill in less than an hour if left untreated!

The most venomous snake around the world is the Inland Taipan, a native to Australia. It usually lives in very remote areas, the reason why there are no reported cases about Inland Taipan attacking humans. It is known to be a reclusive snake, very shy and not so aggressive, unlike the other snakes on the list.

Though it loves to hide than fight, its one bite contains 110 mg venom that could kill almost 100 people! It can kill a human within 30 to 45 minutes if not immediately treated. 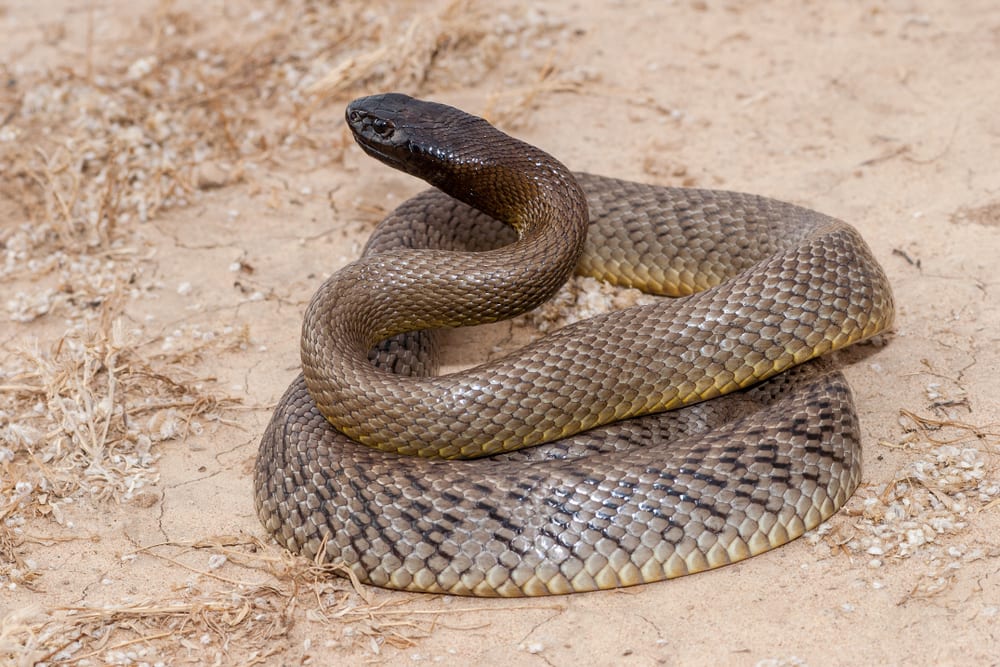 Another snake that is native to Australia is the Eastern Brown, also called Common Brown Snake. It is a very aggressive type of snake with brown scales and rounded snout features. Considered as the second most venomous snake in the world, its venom contains potent neurotoxins and coagulants.

Not all of its bites are venomous, but it can bite its prey several times. 1/14,000 ounce of this snake’s venom is enough to kill a human! 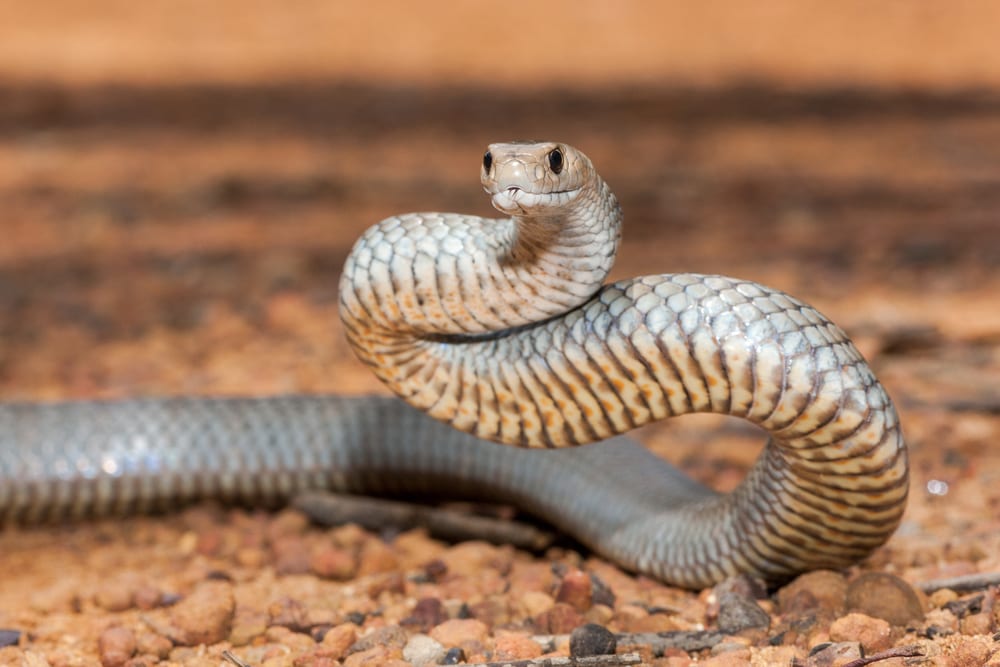 Taipan snake is another native to Australia with a distinctive feature of a rectangular-shaped head. Its color varies depending on the season. The color becomes lighter during summer and transforms to darker shade during the winter season.

One bite from Taipan snake can kill 100 men. The venom consists of potent presynaptic neurotoxins that can cause muscle weakness. It can kill someone within 45 minutes! 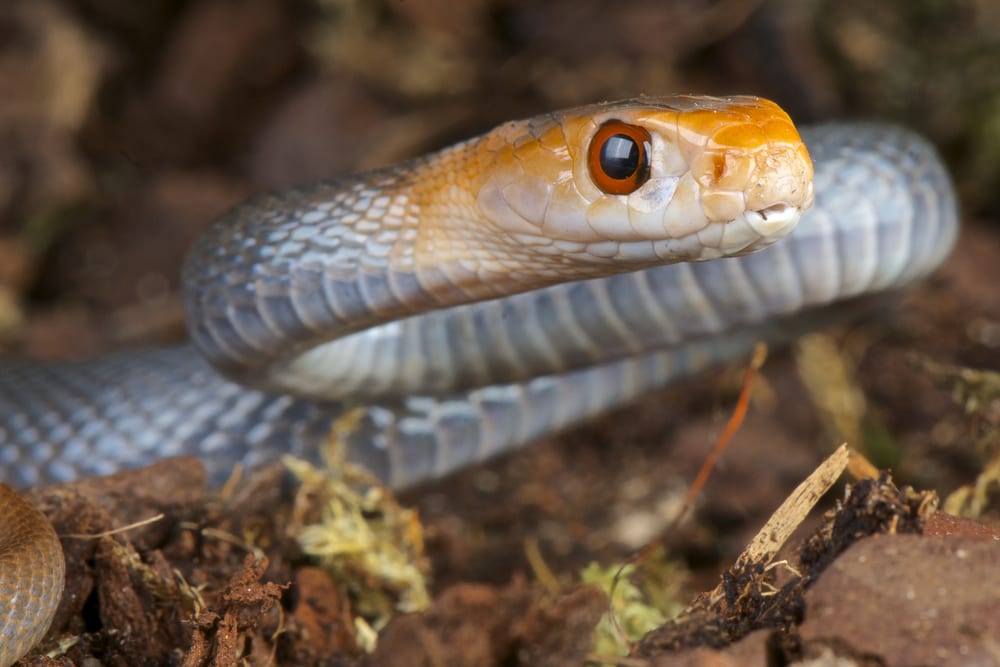 READ ALSO: Top 10 Most Dangerous Things in the World

Native to Africa is one of the most venomous and aggressive snake species, the Black Mamba. Black Mamba is known for its long and cylindrical shape body and with a coffin-shaped head.

Its venom consists neurotoxins that can produce symptoms as fast as 10 minutes and mostly fatal when not treated immediately. 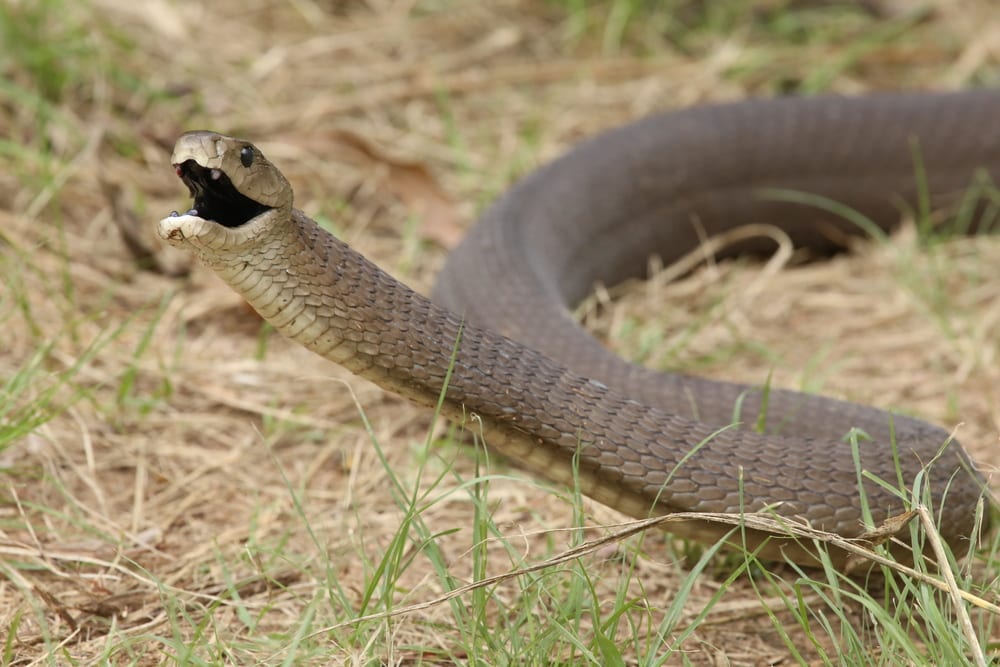 The Death Adder, also called Acanthopis, is a native to New Guinea and Australia. This venomous animal has a triangular-shaped head, a short body with a zigzag pattern. A bite from this dangerous snake could cause paralysis, which could lead to respiratory arrest and death in six hours. The fatality rate from Death Adder’s bite is 50%. 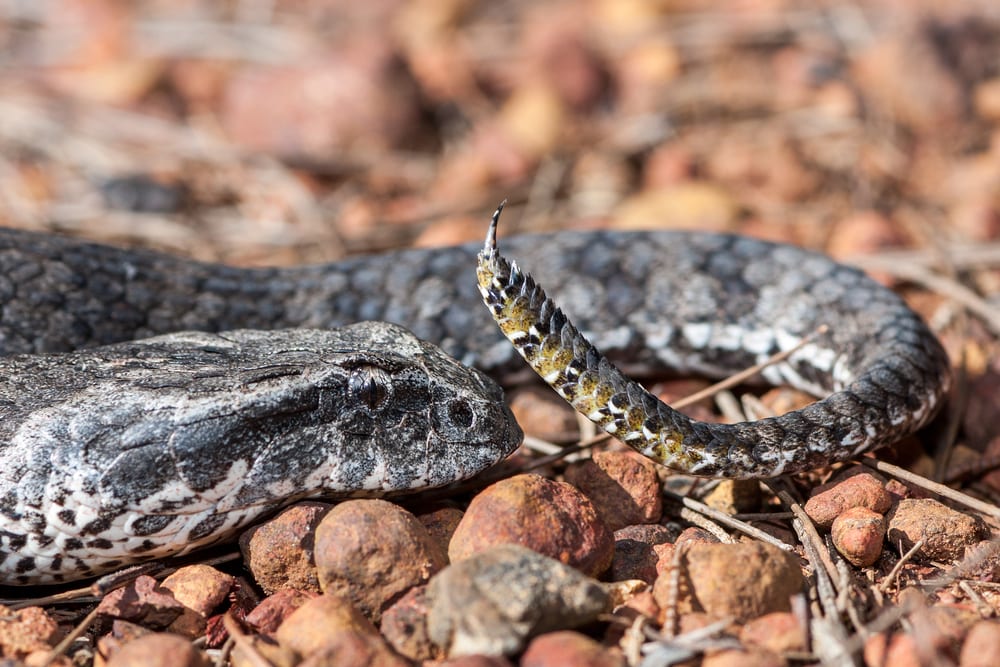 The Philippine Cobra in the Philippines is highly venomous, with long cervical ribs that expands and a stocky body.

Its purely neurotoxin venom can affect respiratory function and can lead to neurotoxicity and respiratory paralysis. If not treated immediately, it can cause death within 30 minutes only. Philippine Cobra can spit its venom up to 9 ft away. 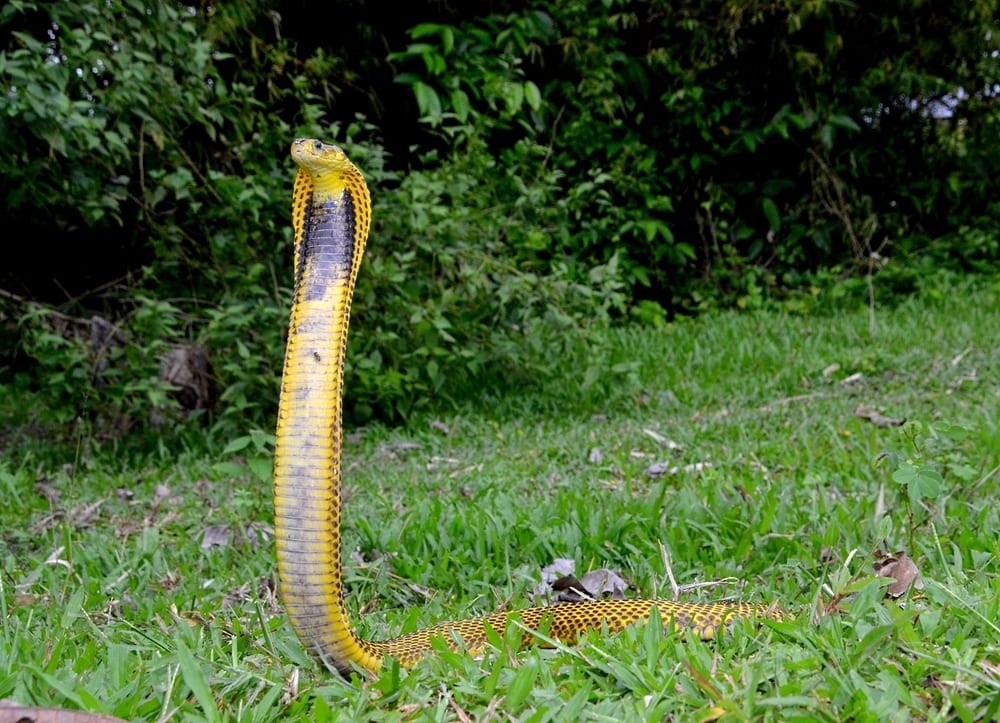 READ ALSO: 10 Most Dangerous Bridges in the World

One of the venomous snakes found in Australia’s southern region is a tiger snake. It is known for its color pattern like those on a tiger. The Tiger snake is fatal to humans. The venom on this kind of snake has potent neurotoxins, hemolysins, coagulants and myotoxins.

A single bite from this snake can cause tingling, sweating, numbness and localized pain which can rapidly lead to difficulty of breathing and paralysis. 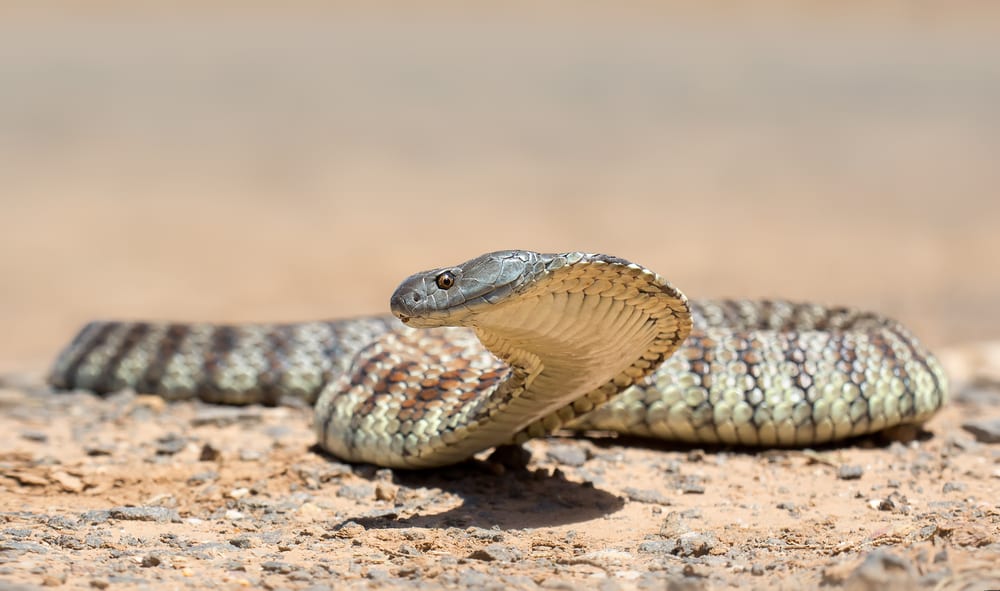 The Viper has long and rotatable fangs that connect to the venom glands behind their eyes located at the back upper portion of the jaw. It can extend its fangs and bite someone without injecting their venom, known as the dry bite. Its venom affects general tissues which can cause severe swelling, pain and cell death. 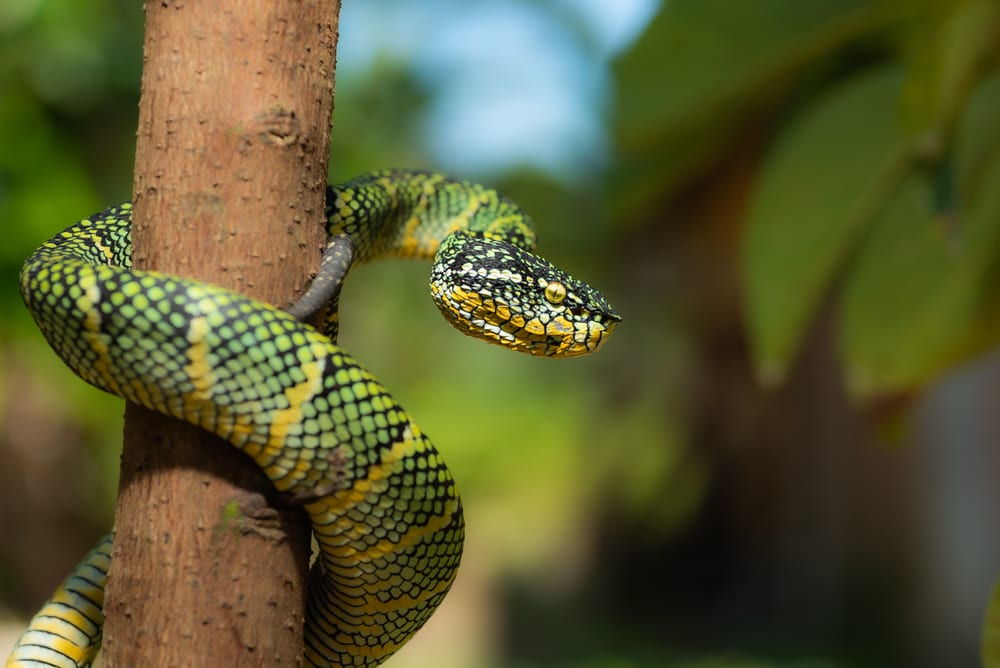 The venomous snake Blue Krait is a native to South East Asia and Indonesia. Its distinctive feature is the broad black bands across its white body. Blue Krait is more aggressive at night compared to daytime. The venom is 15 times more fatal than that of a common Cobra snake. A single bite can paralyze nerves and muscles which can lead to respiratory arrest. 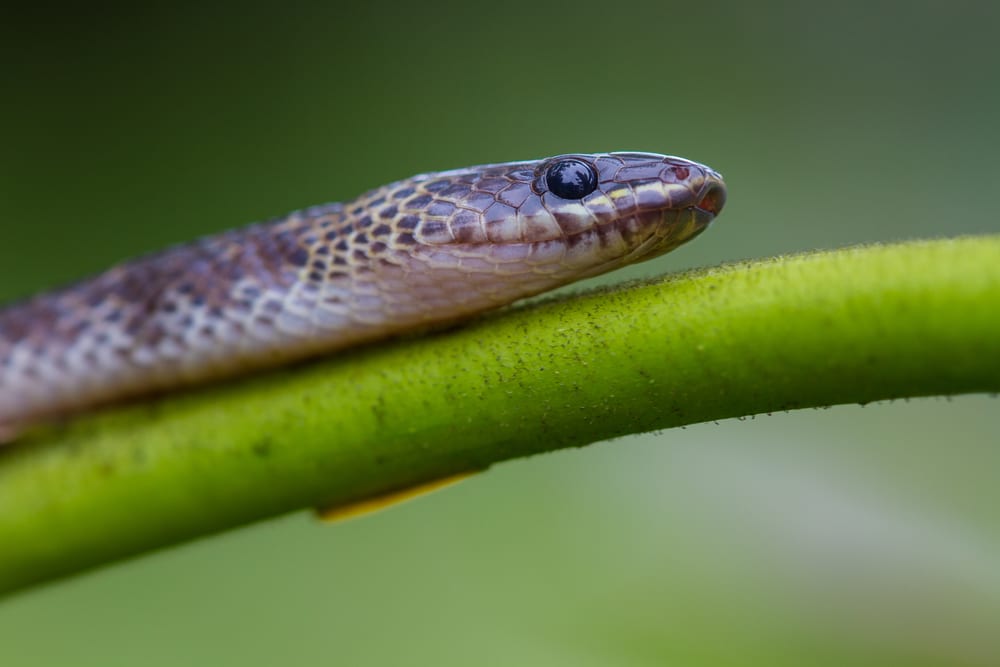 READ ALSO: 10 Most Dangerous Roads in the World

When threatened or provoked, a rattlesnake can bite an individual which can be fatal when not treated immediately. Its venom can destroy blood cells and skin tissues that would cause internal hemorrhaging. 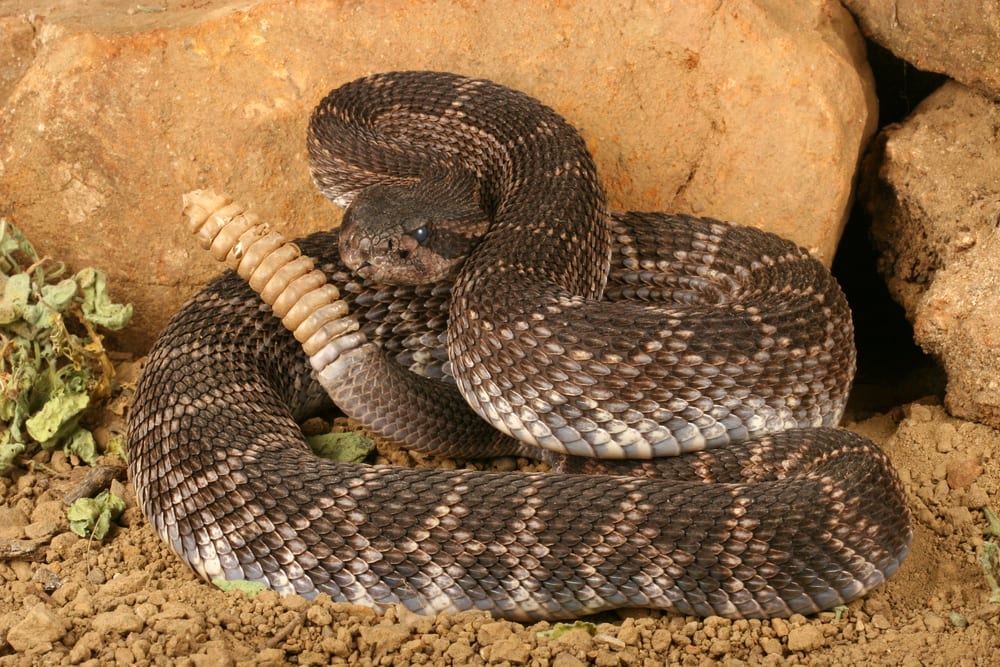 Here is Quick Recap Of The World’s Venomous Snakes 2020