‘I Wish I Had Paid Attention Sooner.’ Kim Kardashian

Admin Billboard Entertainment, News Comments Off on ‘I Wish I Had Paid Attention Sooner.’ Kim Kardashian 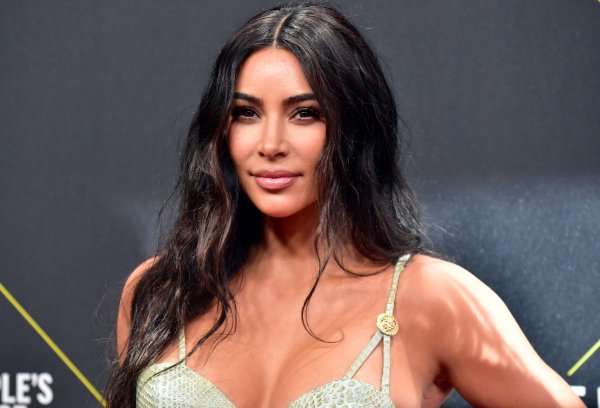 I really do believe that, if people do a crime, they need to do the time,” Kim Kardashian West tells TIME in a recent phone interview (from one self-quarantine zone to another). “But it’s a matter of, what is that fair [amount of] time?”

That’s a question she leaves open-ended — seemingly deliberately. But as her efforts to raise the profile of criminal justice reform movements continue, as showcased in Kim Kardashian West: The Justice Project, a documentary special set to air on Oxygen on April 5, it’s increasingly clear that her answer is along the lines of, well, less.

As The Justice Project documents, there are some important caveats: Kardashian West’s activism has primarily focused on change at a granular level, championing the causes of individual inmates versus larger swathes of the U.S. prison population. (Still, Kardashian West notes, that’s not to say it’s a strategy that can’t be scaled.) The Justice Project highlights five currently or recently incarcerated people, juxtaposing a focus on their crimes with efforts they have since made behind bars toward personal growth and rehabilitation. It’s at times a jarring narrative — the disconcertingly cheesy soft-focus crime re-enactment scenes in particular — but perhaps that’s deliberate too? (If not, that’s cable TV for you.) The repeated ‘flip’ in each inmate’s story, from crime and consequence to rehabilitation (and beyond), seems to mirror the journey Kardashian West has taken herself to learn about the prison system and what she now understands to be its many flaws.

Take the now well-known case of Alice Marie Johnson, who in 1996 received a life sentence, without parole, for working as a “phone mule” for a ring of Memphis drug dealers. (At Johnson’s trial, prosecutors argued she had taken on a “leadership” role in the trafficking operation.) The case leads The Justice Project, just as it spurred Kardashian West into action for the first time.

Learning of Johnson’s story was a “huge eye opener,” Kardashian West explains; a campaign working for her release surfaced in her Twitter feed in October 2017 and caught her attention. The injustices she believed Johnson had suffered — “that someone who was a phone mule [received] a harsher sentence than Charles Manson made absolutely no sense to me,” she says — was a lightbulb moment. “It just really broke my heart, and I just wanted to help her,” Kardashian West says. “Because [I knew] I could.” 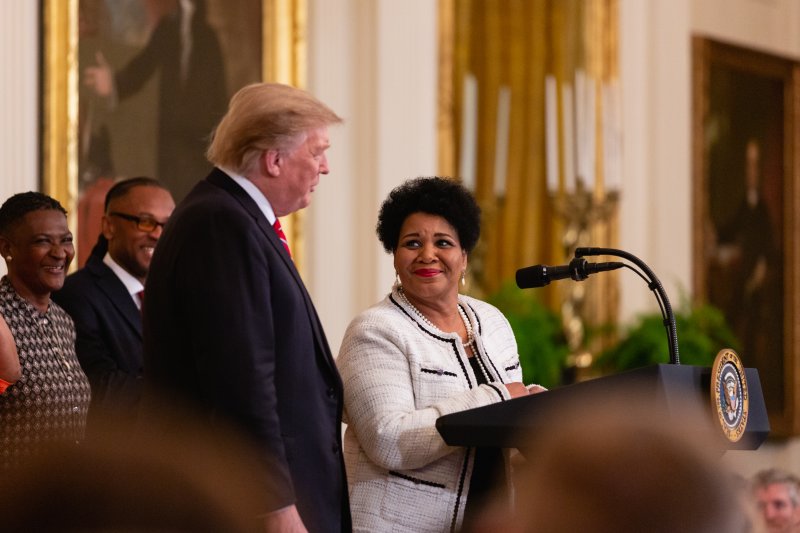 In subsequent campaigning for prison reform, Kardashian West was among those lobbying Trump to pass the First Step Act, bipartisan legislation seeking to reduce recidivism in people released from prisons and improve related services both in and outside of prisons.

“I think when people saw Alice’s face and heard her speak, they felt safe, feeling [of her release] that, ‘Oh, this is going to be OK. Our society is going to be safe; she deserves a second chance,’ Kardashian West tells TIME. “I don’t look at prison reform as very political… The key is humanizing these [people] and taking on these individual stories, to let everyone know that people on the inside are just like us.”

While her platform and, in many respects, her resources stand alone, The Justice Project also works shrewdly to present (reframe, even) Kardashian West in a similar vein — that, in the context of her activism awakened, she’s a regular person “just like us.” Or, more importantly, that any of “us” could step up too if we chose to.

Curve. What Did the Country Do Right?
The latest figures are promising. Can other countries learn from Italy?

Kardashian West is very conscious to highlight the work of her collaborators, attorneys and long-standing activists — many of whom are people of color — whose work her celebrity status could be seen as overshadowing. In any context, but particularly so when considering community-building and social justice work, appropriation or a ‘white savior’ narrative is “problematic,” as Brittany Barnett, an attorney who worked on Alice Marie Johnson’s case said in a 2019 interview with Essence. “I’ve never done this work for credit,” she continued, noting that she was “grateful” for Kardashian West’s “complementary efforts” and support, “but I do feel it’s important for little Black girls to see that two Black woman lawyers are doing this work.”

Kardashian West says she has reckoned with this, and continues to do so. “We talk about it all the time,” she says on this subject. “I always say this is a team effort, I tell everyone I’m the last push at the end. I’m that vessel.” And there are occasions she says she now steps behind the curtain herself; “We are very strategic,” Kardashian West explains. “There’s cases that I’m working on that people know nothing about and maybe never will—cases where we know that a state governor, say, would probably not like to receive a call from me, and that [my involvement] could even be used against our client. I speak up when I’m needed, and when it’s not, I don’t.”

She’s likewise conscious to air her privilege — having grown up in a family that, save sister Khloé’s very brief jail stint for violating probation from a DUI arrest (and yes, that viral KUWTK moment), was never directly impacted by the prison system — and the lack of awareness that, in her case, came with. “I wish I had paid attention sooner,” Kardashian West tells TIME; an admission that could undercut some of the criticism a Kardashian near-inevitably faces for doing anything, let alone something serious.

A particularly poignant, if overtly-staged scene in The Justice Project features Kardashian West and a friend discussing some of the cases she’s taken on, and her successes. They’re sitting at a table covered in letters received from, presumably, prisoners whose cases she surely couldn’t have had time for. But, The Justice Project argues, she’s doing something.

In this vein, Kardashian West and her Justice Project becomes both aspirational and accessible for its viewers, her followers or anyone hearing of a case that didn’t sit right with them. It’s a subtle call-to-action, but impactful nonetheless.