Admin Billboard Net Worth Comments Off on J. Cole Net Worth – Wife, House and Cars

How much is J. Cole Net Worth?

J. Cole Net Worth: J. Cole is an American hip hop recording artist, songwriter and record producer who has a net worth of $60 million. J. Cole was the first artist signed to Jay-Z’s label Roc Nation. He is consistently one of the highest-paid rappers in the world. In a typical year he earns $30 million.

Early Life: J. Cole was born Jermaine Lamarr Cole on January 28, 1985 on an Army base in Frankfurt, West Germany. Cole’s father is a U.S. Army veteran who abandoned the family when Cole was young, and his mother Kay was a postal worker. When Cole was eight months old, his mother moved him and his older brother, Zach, to Fayetteville, North Carolina where Cole started rapping at the age of 12. By age 14, Cole had notebooks filled with rhymes, but no way to record them himself. His mother bought him an 808 beat machine so he could produce music himself. By the age of 17, he was posting songs on various internet forums under the moniker “Therapist”. Cole graduated high school with a 4.2 GPA and moved to New York City with a scholarship to St. John’s University. He graduated with a 3.8 GPA.

Career: In 2007, Cole received recognition after the release of his debut mixtape “The Come Up”. Shortly after the release, Cole was contacted by American rapper Jay-Z and signed to his record label Roc Nation. In 2009, Cole released his second mixtape, “The Warm Up”, which was itself followed by Cole’s third mixtape, “Friday Night Lights”, in 2010. In 2011, Cole toured with Drake as a supporting act. He released his debut studio album Cole World: The Sideline Story in 2011 and the album reached #1 on the Billboard 200, US Rap, and US R&B/Hip-Hop charts. It was quickly certified platinum. His second album Born Sinner was released in 2013 and also reached #1 on all three of those charts. Cole’s album 2014 Forest Hills Drive was released in 2014 and also reached #1 on the Billboard 200, US Rap, and US R&B/Hip-Hop charts. Both Born Sinner and Forest Hills Drive were certified platinum, and the latter garnered him his first Grammy nomination for Best Rap Album. His 2016 album 4 Your Eyez Only also reached #1 on all of those charts as well as #1 in Canada and was quickly certified platinum. Cole released his fifth album, KOD, in 2018, which debuted at the top of Billboard 200, making it his fifth No. 1 album. On January 26, 2020, J. Cole won his first Grammy Award for Best Rap Song for his collaboration with 21 Savage on the song “A Lot”.

Cole’s most successful singles include the songs “Work Out”, “Can’t Get Enough” (featuring Trey Songz), “Nobody’s Perfect” (featuring Missy Elliott), “Power Trip” (featuring Miguel), “Crooked Smile” (featuring TLC), “Deja Vu”, and “Neighbors”. Cole has won several BET Hip Hop Awards and has been nominated for multiple Grammy Awards. Between June 2017 and June 2018, J. Cole earned $36 million. J. Cole has cited Tupac Shakur, Jay Z, Eminem, Nas, and Andrew 3000 as the biggest influences on his own rapping style. He has been quoted saying that he believes Tupac, The Notorious BIG, Nas, and Jay Z to be the best rappers of all time. 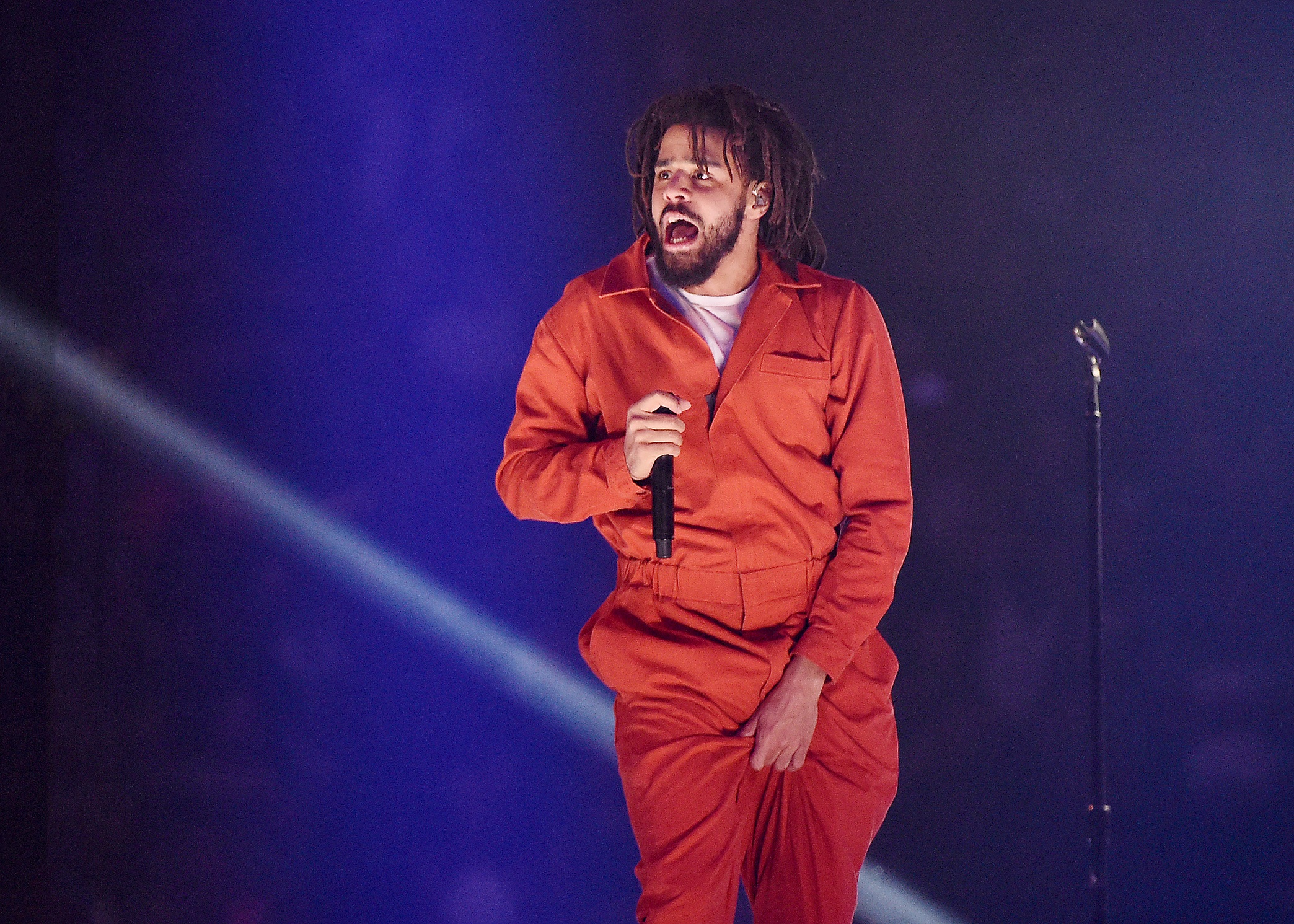 Other Ventures: Apart from his successful rap career, Cole also works as a producer. He began his own record label in early 2007 with Ibrahim Hamad called Dreamville Records. Dreamville Records has put out nine albums, three of which have been certified platinum. J. Cole has produced singles for Janet Jackson, Kendrick Lamar, and many other artists. He’s also a minor shareholder of Tidal.

Cole also established a non-profit organization in October 2011, The Dreamville Foundation. The organization runs various philanthropic events for underprivileged youth such as a back to school supply drive and a book club for young men. The Dreamville Foundation also sponsors writing contests and career days. Through the foundation, Cole purchased his childhood home, which had been repossessed from his mother years earlier, in 2014 for $120,000. He purchased the home with the goal to turn it into rent-free housing for single mothers and their kids. He holds the yearly Dreamville Festival concert series, which features local music, artists, culture, and food, as well as big-name acts like Nelly, Big Sean, and 21 Savage. The proceeds benefit the Dorothea Dix Park Conservancy in Raleigh, NC, and the Dreamville Foundation.

Controversies: Cole and Diddy were involved in an altercation at the 2013 MTV Video Music Awards afterparty in NYC. It started when Diddy confronted Kendrick Lamar about a verse in one of his songs and Diddy tried to pour a drink on Lamar. Cole intervened and the two got into an altercation, involving their respective crews and resulting in a small brawl. A few months later, Cole and Diddy publically announced their beef was over.

READ ALSO: Top 10 Richest Rappers in the World and Their Net Worth

Cole’s songs Everybody Dies and False prophets have stirred controversy in the hip-hop community, and fellow rappers have assumed that Cole was taking shots at rappers Lil Uzi Vert and Lil Yachty. The hip-hop community also has assumed that the first verse of his song False Prophets is taking shots at Kanye West. He had a rumored ongoing feud with rapper Lil Pump since April 2018, but the two sat down for an interview together in May 2019 to put the rumors to rest and to indicate to fans that they have put their differences behind them.

Personal Life: Cole is married to Melissa Heholt. They attended St. John’s University together, and she is now the Executive Director of the Dreamville Foundation. J. Cole revealed in a May 2018 radio interview that they have a son together, and he announced in July 2019 that the two were expecting another child.