Let’s dig a little deeper into the details already confirmed, as well as release date, price speculation, etc. Check back regularly; we will update this article as more information about the PlayStation 5 (PS5) becomes available.

Update: The PS5 is going to be pricey…

A recent report published by Independent confirms that Sony has been “trying to keep the cost of the new console down” to compete with XBox Series X, however, the cost of the components will drive up the price.

The PS5 will come with a variety top-of-the-range hardware, including the SSD game storage. While all these modifications will provide a high-speed and high-capacity console, it will also come with price tag to match.

The current reported total building cost of the #PS5 is around $450 USD. Selling at a loss initially would be more feasible for Sony than in 2013 for the PS4 launch. We’ll see what price they decide on. I predict it will be $499.99 and they will be sure to market the power in it. 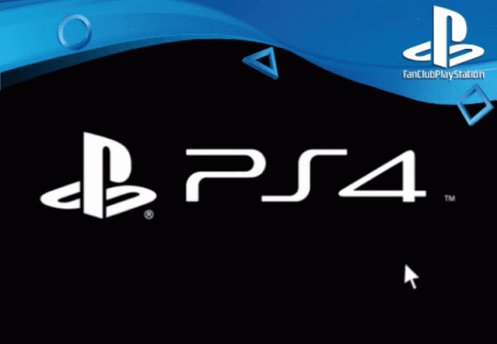 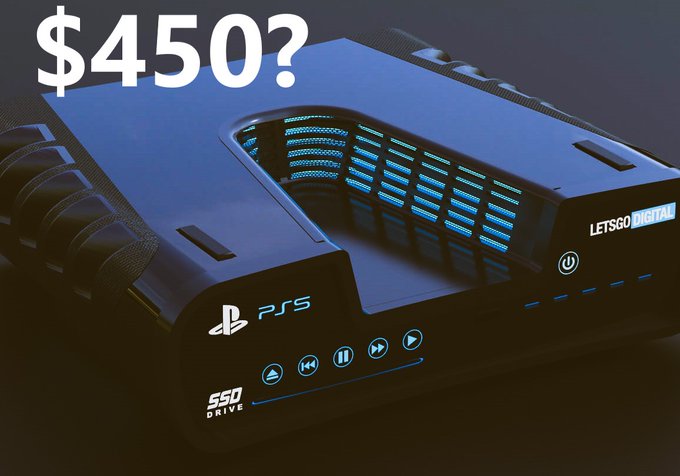 The release date of the PS5 console hasn’t been confirmed as yet, but that is not stopping hardcore gamers from boosting excitement any which way we can.

There is still a lack of official images from Sony, but that didn’t stop Let’s Go Digital designer, Giuseppe Spinelli, aka Snoreyn, from creating an impressive video to whet our appetites while we wait.

“As we are still waiting for the official announcement by Sony, I have made a fan-based video animation to enjoy in the meantime.”

In the video, Spinelli includes some of the features he would like to see. The video is masterfully made, and some fans even thought it was an official Sony trailer. See for yourself.

Note: The PS5 trailer video used in this article were created by Giuseppe Spinelli, aka Snoreyn, and licensed to Let’s Go Digital.

Rumours suggest that the PlayStation 5 will be officially introduced in February 2020 at a ‘PlayStation Meeting’, even though the release date is only scheduled for 2020 festive season.

Sony registered the name PS5 at the Swiss Federal Institute of Intellectual Propoerty (IGE IPI) on 27 January 2020. The application was submitted under Class 9, which also includes game computers.

Most automatically assumed that the console will carry PS5 as a title; and it has now been confirmed. The trademark for the PS5 title and logo can be viewed here and here.

The only thing left to do now, is wait for the Sony to send out press invites to the official introduction. Updated 28 January 2020.

Gearbox introduced Godfall at The Game Awards, and described it as a “third-person fantasy looter-slasher focused on melee combat”. It’s the first game officially announced for Sony’s upcoming PS5.

Godfall supports solo, duo or three-player co-op and we are anxiously waiting for the first gameplay trailer. The game is set to release in November or December 2020.

Update 19 December 2019: We know from consoles of bygone eras that devkits tend to change as manufacturers tweak away at the final product, and the PS5 is no different.

The initial V-shape, while an interesting concept, felt a bit alien to die-hard PS gamers, but the latest devkit design might just put your mind at ease. The sleekly designed console feels closer to home.

Let’s Go Digital unearthed the devkit from ResetEra, a trusted source. The updated devkit version appears thinner at the front; which is good for ventilation.

Furthermore, the disc drive is placed at the front of the console, to the left. The design is a bit ambiguous at this stage, and we’re hoping that Sony releases concrete concepts in the near future.

The eagle-eyed team over at Let’s Go Digital may have unearthed a bit of information we’ve all been waiting for: When exactly the PS5 will be released and how much it will cost.

Sony hasn’t confirmed these details yet, so any rumours should be taken with a pinch of salt. However, PSErebus claims that the next-gen console will launch on 20 November 2020, at a cost of $499 (about R7 400 at the time of publishing.)

Even though PSErebus accurately predicted when Last of Us would be released, he missed the mark about the PS5 release date before. Back in June, he claimed that the console would be released 7 December 2019.

What we do know for sure – as confirmed by Sony itself – is that the PS5 will be released during the 2020 holiday season, which could be any random date between October and December 2020.

Gizmodo learnt that the the PS5 is code-named Prospero, as per an anonymous tipster who shared photographs of the upcoming gaming console.

The report also states that the PS5 will come with a built-in camera that could reportedly boast 4K resolution. If the tipster is to be believed, the camera will react to in-game lighting and adjust its settings accordingly.

This means it would be easier to set up Twitch and similar streaming services. Even though these services are available on the PS4, there definitely is room for improvement, and the camera would solve a slew of problems gamers currently face.

Keep in mind, until Sony confirms or denies these rumours, it should be treated exactly as that: rumours. However, this tipster did have an actual photo of the device (we’re taking Gizmodo’s word for this).

There’s a rumour doing the rounds that Sony will be releasing the PS5 Pro alongside the PlayStation 5 model. If the source is to be believed, the PS5 Pro won’t be a mid-generation setup, but an altnernate PS5 model.

Trusted Japanese tech journalist Zenji Nishikawa also said that Sony is interested in continuing what it did with the PS4 Pro, releasing both a base version and high-end model of the same platform.

Nishikawa added that Sony wants to give potential buyers the opportunity get a more powerful console from day one, even though this strategy would seem a bit “off-base” for Sony.

A launch-day PS5 Pro would immediately overshadow the standard PS5 and completely downplay any attempts at trying to sell the PS5 as an all-conquering next-gen machine.

That said, it could still be true. We’d simply have to wait it out until the 2020 launch date, whenever that may be… We’re not so sure 4Chan can be trusted with release date info.

An alleged leaked e-mail surfaced on 4Chan this week, mentioning that the Sony PS5 would be unveiled at a launch event on 21 February 2020.

While the 4Chan thread has been archived, the details can also be viewed on Neo Gaf. The e-mail was reportedly sent by Sony’s senior marketing manager to the marketing department.

There might just be some truth to this. Sony’s PlayStation 4 was unveiled in February of 2013, with the unit going on sale a few months later. Fingers crossed!


We’ve been speculating about the price of the yet-to-be-released Sony PlayStation 5, also known as the “most anticipated next-gen console“.

The ad is more than likely just a place holder, but it should give some indication of the final price when the PS5 launches in 2020.

As reported by Wall Street Journal, Sony CEO Kenichiro Yoshida said during one of the company’s recent strategy briefings that developers want to attract “more serious and hardcore players”.

Sony wants to leverage Ray Tracing technology – the thing that makes Hollywood’s special effects seem out of this world – to create better games with blockbuster titles exclusive to the gaming console.

A new rumour doing the rounds is that we could be getting Gran Turismo 7 on PlayStation 5 (PS5). Imagine that baby in 8K graphics. But that’s not all.

Other games to allegedly come our way once the PS5 release date approaches, is Assassin’s Creed Valhalla, Battlefield Bad Company 3, Harry Potter, The Last of Us 2 Remastered and CoD Black Ops 5.

In addition, a new set of job listings on Sony’s Santa Monica is a hint that God of War will be coming to PS5 too. It’s the same studio that handled the development of other games in the God of War franchise. Whoop!

Sony confirmed that the PlayStation 5 will feature a disk drive. That’s a pretty big deal because that means we could look forward to Blu-Ray-based titles, downloads and streaming services.

Speaking to investors at the Investor Relations Day 2019, Sony CEO Jim Ryan said PlayStation “has never been in better shape”. He added:

“We will harness the power of new technology to offer completely transformative and immersive gaming experiences. We will leverage backwards compatibility to transition our community to next-gen faster and more seamlessly than ever before.”

Time flies when you’re having fun – it’s been six years since Sony introduced the PS4. Well, get ready folks, news of the PS5 (PlayStation 5) has reached our shores, and some of the updates are pretty exciting. The PS5 release date won’t dampen our excitement.

According to Cerny, the PS5 will boast an advanced AMD Ryzen processor. In addition, it has a GPU with AMD Navi architecture capable of ray tracing. What is ray tracing? So glad you asked.

Ray tracing is a rendering technique used to generate an image by tracing the path of light as pixels in an image plane. In essence, it’s an advanced and lifelike way of rendering light and shadows in any given scene.

It is the holy grail of gaming graphics and the reason why modern-day video games feel more like watching a movie than playing a game. And up till now, it was only available in high-end gaming rigs. Thank you, Sony!

In addition, the PS5 will support 8k graphics and will be compatible with the current version of PlayStation VR. When it comes to memory, the PS5 will allow games and processes to run 19 times faster.

Not only will it go an unprecedented route with virtual reality, PS5 will also run vintage, and rumour has it you’d be able to play your PS4 games on your PS5 console.

We don’t want to get your hopes up just yet but Gear Nuke alluded to the fact that the PS5 will be backwards compatible, meaning you could even play some of the original PlayStation games.

In addition, the PS5 will feature improved audio quality, with Cerny noting that his biggest gripe in the past had been audio quality:

“As a gamer, it’s been a little bit of a frustration that audio did not change too much between PlayStation 3 and PlayStation 4. With the next console, the dream is to show how dramatically different the audio experience can be when we apply significant amounts of hardware horsepower to it.”

It is speculated that the PS5’s Dual Shock controller will get an update too. Keeping with the trend, it might very originally be called… DualShock 5.

Nothing has been confirmed yet, but popular titles would be God of War and Final Fantasy sequels or remakes. And dare I dream, Elder Scrolls 6? Bethesda’s Starfield will also be a welcome addition.

According to T3, other game releases could include Horizon Zero Dawn 2, Cyberpunk 2077, Ghost of Tsushima, Death Stranding and Grand Theft Auto 6.

Again, no official confirmation regarding the PS5 release date or price, but it’s not going to be cheap.

It’s even harder to pin down an official release date as Sony won’t be showcasing the console at E3 2019. Cerny did say, however, that we should expect the PS5 to launch in 2019.