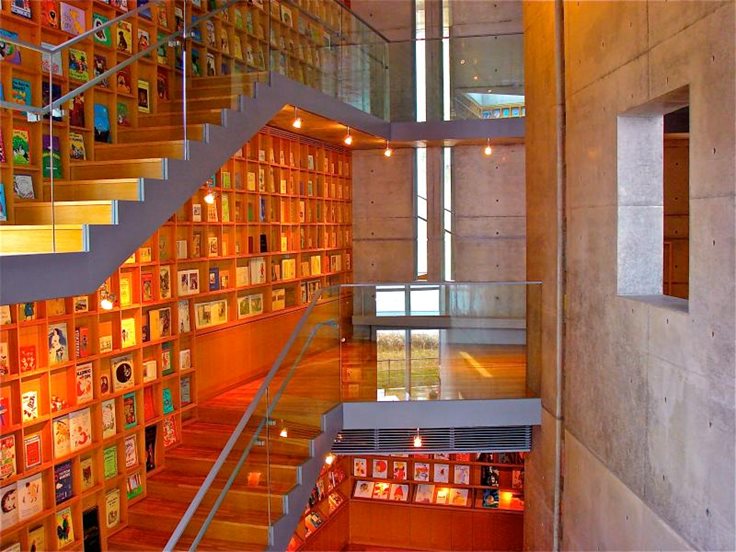 They say you shouldn’t judge a book by its cover, but The International Picture Book Library in Iwaki, Japan, courteously disagrees. This structural marvel contains only children’s books, all facing outward, so kids can pick the ones that appeal to them most. 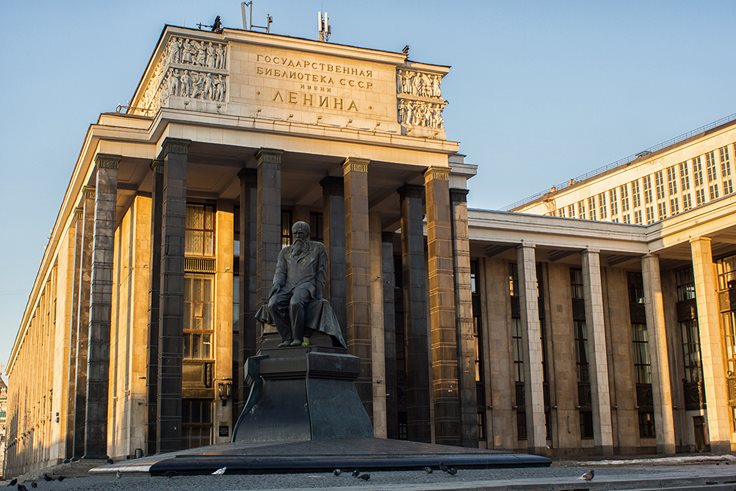 The State Library of Russia is the fourth largest book repository in the world. Located in Moscow, the library contains 17.5 million books in 247 languages. Originally named for Vladimir Lenin, the library owns a copy of every book published in the USSR. 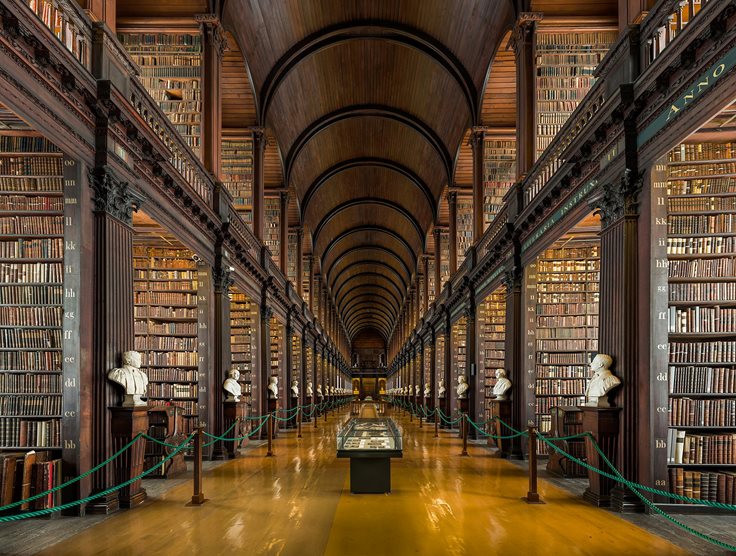 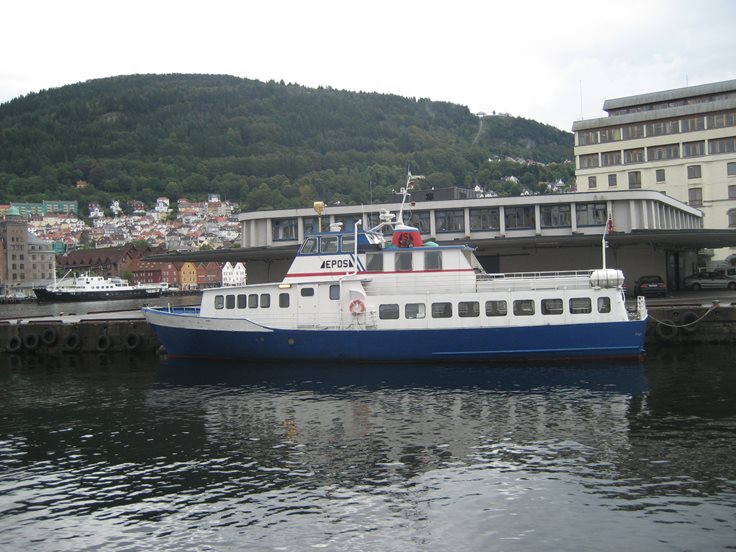 Norway’s Epos Library is located on a boat. Since 1959, this 85-footer has traveled up and down the scenic fjords of Norway, sharing its collection with the inhabitants of 150 rural Norwegian towns.

6. The University of al-Qarawiyyin Library in Fez, Morocco. 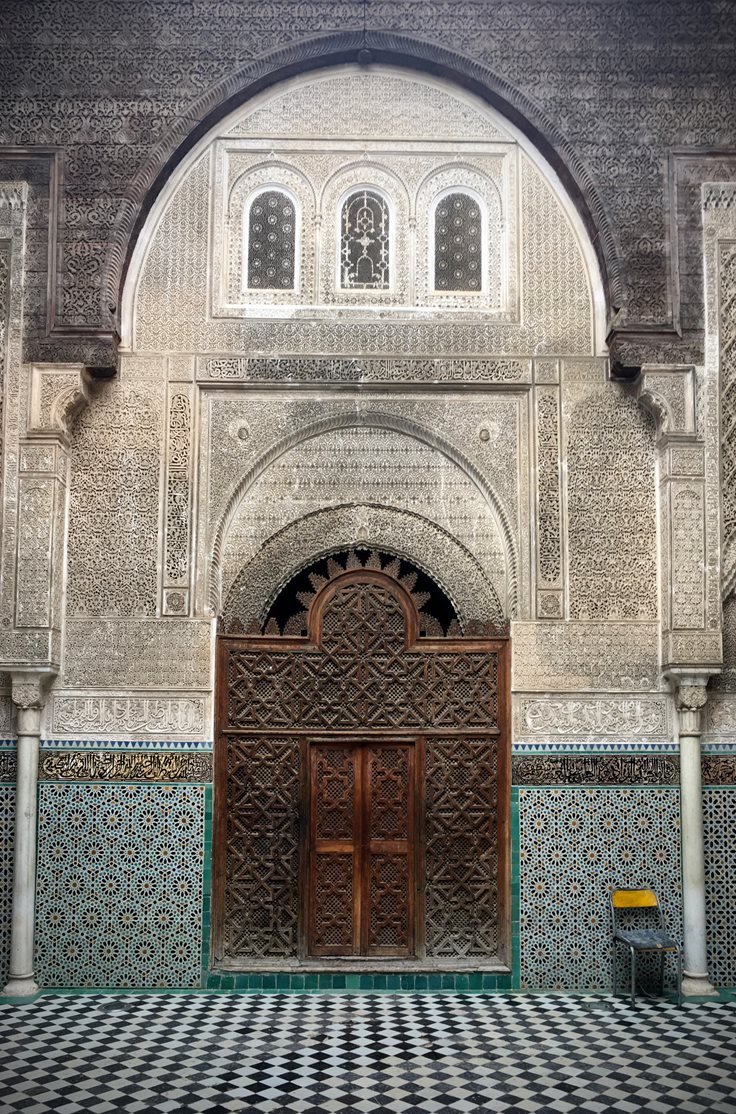 One of the world’s oldest continually operating libraries is located in Morocco, at the University of al-Qarawittin. Founded in 859 AD by a woman named Fatimah al-Fihri, this living relic houses 4000 rare books and ancient Arabic manuscripts. It has recently been refurbished and opened to the general public. 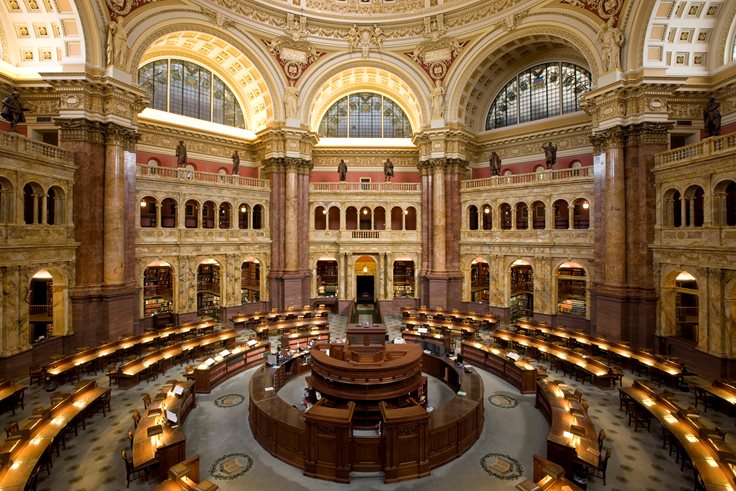 The most voluminous library in the world, and likely the largest in the history of the planet, the U.S. Library of Congress houses some 164 million items. 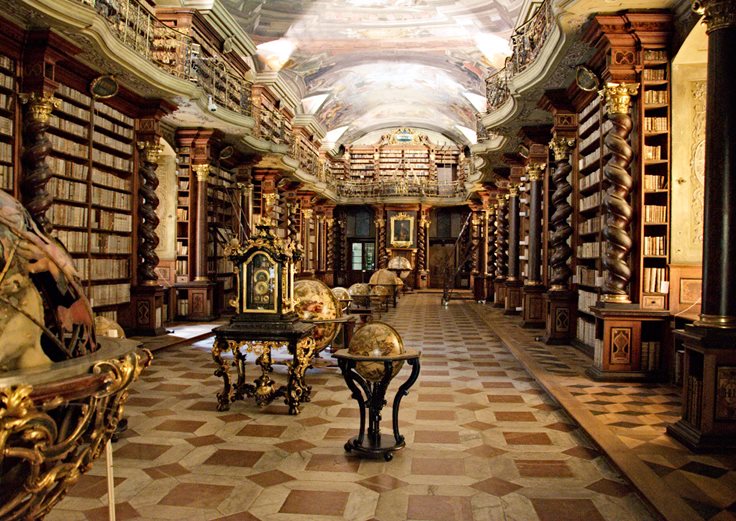 The Klementinum Library in Prague, Czech Republic, is part of a large Jesuit compound, once the third-largest Jesuit school in the world. The ornate filigree and delicate columns framing the bookshelves carry with them a strong sense of history. 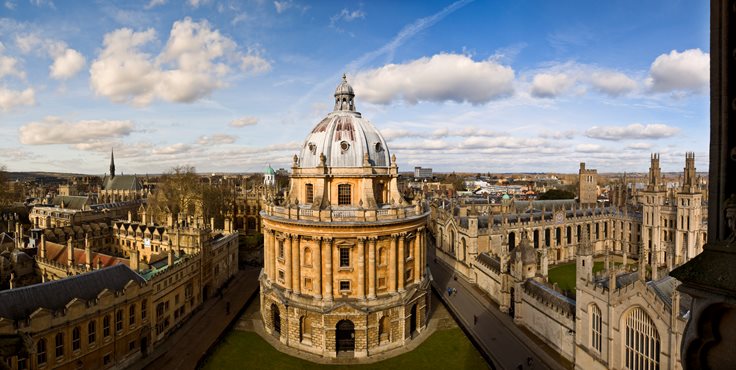 Oxford’s Bodleian Library contains 12 million books, including every single volume printed in the United Kingdom over the past 400 years. Some noteworthy items in their collections are Shakespeare’s first folio and the first book printed in movable Arabic type. 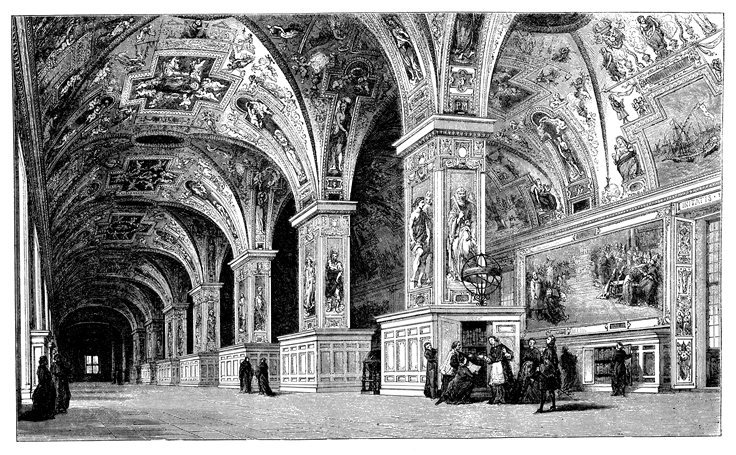 The ancient Vatican Library contains upwards of 80,000 manuscripts and 1.6 million volumes, plus 8,600 books printed in the first 50 years after the invention of typesetting. Notable documents include the Epistles of St. Peter on scrolls, the oldest known Bible in the world, and Galileo’s trial documents, complete with his signature. 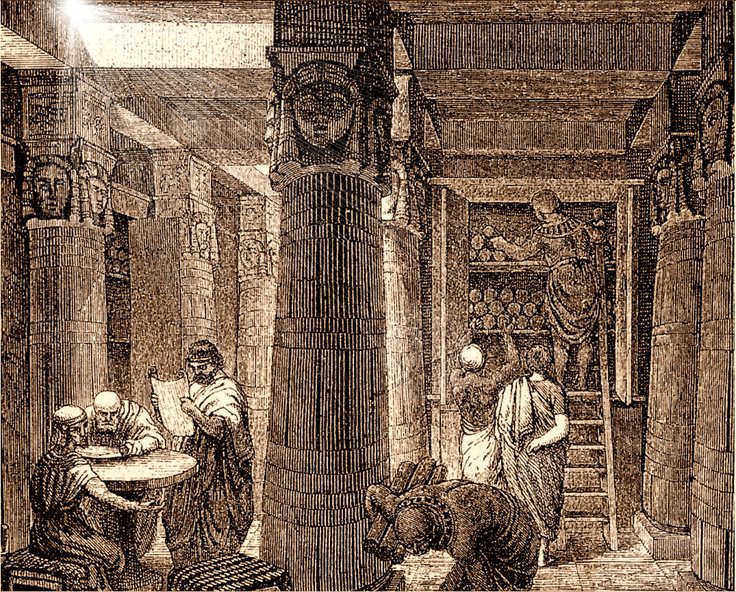 Founded by Ptolemy—one of Alexander the Great’s generals and successors—in 306 BC, the library swiftly became the most impressive repository of knowledge in antiquity.